I haven’t been able to really write. I mean I’m writing, but not really. Not writing what I’m really thinking.  Maybe you have noticed.

But yet I can’t write about it. I try, oh I try! One thing I’ve learned is that for some reason I need to learn the same lesson over and over before I heed it. I need to write about it so I can read it, but it’s so complicated and med student I am not.

I am just a cancer mom. 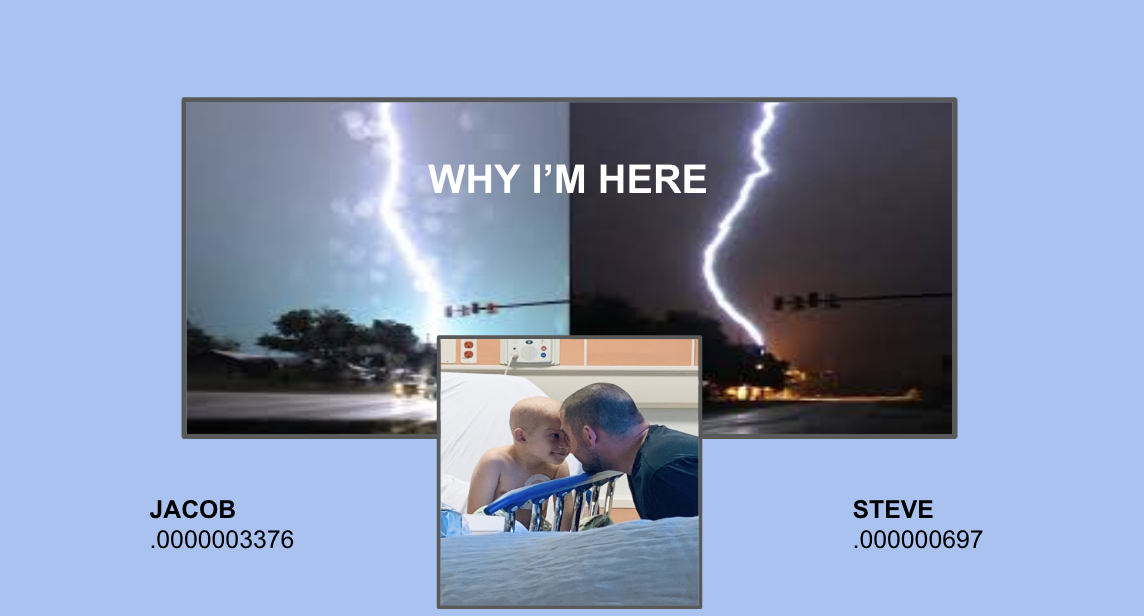 It is going to sound crazy, but I feel like I HAVE to continue this work like I was meant to. I can’t just sail away like last time. There is NO cure for what Jacob has. There is no long term pretending. And who says this is the end? I thought it was over after Steve…can lightning strike three times?! I know better now than to say no.

I’m also dedicated to find meaning from the last year of trauma. If there is good to be found, it is helping others. It is finding EMIT, the truth.

It is ridiculous, I know. This is why I don’t write about it. I sound ridiculous.

I swear I’m slightly rational…I am aware of my shortcomings. I am aware that I have no med degree, but I respect the heck out of those who do. I am aware that I don’t fully understand the inner workings of the immune system, but I will try my hardest to.

But they’re also things I don’t have that work in my favor.  I have no biases. I really don’t. I don’t have the training to look at the world in a certain way. I don’t have a lens of expertise. I’m not an oncologist, I’m not a dietician, I’m not any of those fields.  Maybe that is the blessing I bring, complete open-mindedness.

But wait! I do have one expertise. I am an educator! I bring that.

If there is one thing I know how to do…it is to learn. And I would add to this the ability to ignite others. As an educator, I understand how the brain intakes information so I can learn basically anything if I want to. I also know what distinguishes okay teachers from excellent teachers, the ability to inspire others to care. To get kids to care about punctuation is a skill. I have this skill too. I can get hundreds of kids to think learning is fun.

Maybe I can make an impact with these skills.

So I’m a teacher in the field of solving cancer.

And here is a doozy- I feel more confident that I will make a dent in cancer versus beating that bus in the marathon, lol.

So I’m going to try and record where I am in my thinking for my own notes. These are for me.

Like when a doctor in Austria in the 19th century tried to convince doctors that the reason women were dying during childbirth was that they had dirty hands, he was mocked and laughed at. “Doctors are a gentleman…A gentleman’s hands are clean” was one prominent physician’s response. They couldn’t think past their physical reality of “dirty” (example mud, dirt). The idea of microscopic microbes covering surfaces like their skin was unfathomable. The idea that they were killing their patients was absurd.

This quote is important to me:

And the rest I can’t put into words, because like a newborn, I’m still in regurgitation stage. I’m a repeating parrot trying to make sense of the words being presented to me. Trying to make meaning out of the slew of stats, but basically I believe everything comes down to ENERGY.

That is my belief. In my core. In my gut, which I’m also reading a lot about too. Turns out we have more than one brain (control center). We probably have three (brain, gut, and heart).

If cancer is a breakdown in the immunity system of the body, then where did that breakdown occur? How did the immunity cells miss that cancerous cell? Where was the breakdown there? So I just go backward from there. Asking that very important question: “Why is that?”

I think of it as our bodies being a big ball of circuits. A dashboard of switches. Just like a computer, our body has decisions  “0” and “1.” On or off. Go or stop. One neuron firing to turn on another cell. Or not firing. And what powers these signals, energy/electricity. What is energy? The movement of atoms.

Where did the energy go wrong?

And if it’s not genetically predisposed wiring that causes the energy to go wrong, where is the outside energy coming from?! WHERE?!

So that is what I’m doing. I’m doing that. All-day and night and I want to thank many of you that have been putting me in touch with people to help me find the answers. On Friday I’m visiting the environmental studies program at Mt. Sinai. Thanks Deb!

So if your wondering where I went?

I’m in a deep dark geeky hole that I am absolutely “unqualified” to be in.